Good books I read while I was there: 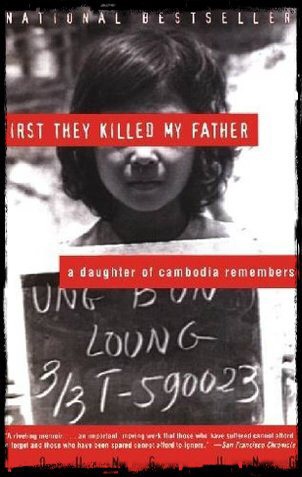 Told by a survivor of the Khmer Rouge – a woman whose family lived in Phnom Penh as it was overthrown. Her father was a government employee from the previous regime, and so was led out to the Killing Fields. It’s a harrowing book. She recounts how desperate her and other families and children were, as well as the inhumane treatment from soldiers of the Khmer Rouge. I thought it gave a really good background into how extreme the country had become – as she describes how the entire population of Phnom Penh was cleared out and forced to work in the countryside. And, as a young girl, she of course was considered a jewel of the new Khmer movement, and enlisted in a work/military camp – only to be eventually liberated by the Vietnamese. It’s graphic, and I found it hard to read for the brutality in some parts, but a good read for a sense of how far the country swung from sanity.

Written by another survivor of the Khmer Rouge period, but rather than a first person account, he interlaces his experiences of that period with modern day interviews with the former Khmer Rouge general who ran the S21 jail (the torture encampment where Rose and I went). He had the chance to interview Duch, because Duch was on trial for his crimes as the head of the Security prison. (He was indicted with a life sentence in 2012). Thought it was a good read, not only for a better understanding of what exactly happened during this time, but also for insight into how someone could allow torture, executions and other crimes while being able to sleep at night. The writer’s idea is that Duch was math obsessed, and revelled in the incorruptibility of numbers – and so, when given orders to wipe out a group of people, he saw it as numbers on a page – an equation – rather than people with lives and families. Also, backs up Hannah Arendt’s idea of  the”Banality of Evil”. 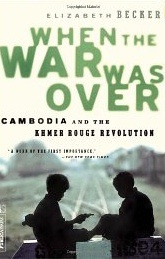 Washington Post journalist who interviewed past Cambodian leaders (not only Khmer Rouge) and lays a historical idea down of how something like the Khmer Rouge could have happened at all. 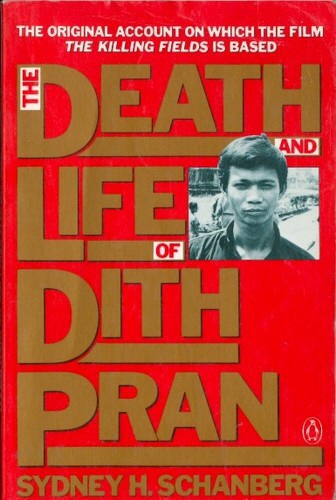 Written by New York Times journalist who covered the fall of Phnom Penh with his Cambodian assistant Dith Pran. Their story and relationship after the country’s fall was the basis for the 1984 film: The Killing Fields. This is the book or story (it’s only 112 pages) on which the film is based.

Voila, that brought our time to a close in Cambodia. I really liked visiting the temples near Siem Reap and our time chatting with Kim-San, our guide, and hotel owner who led us through Angkor Wat, Thom and Ta Prohm. I thought they were amazing to walk through and see, and I really liked our chats.

For the rest of our time in Cambodia, I wasn’t as excited about. I don’t have enough chops to say the whys and hows, only a gut sense. And mine was that it is changing, but I didn’t feel it was as vibrant as Vietnam or as peaceful and friendly as Laos. I know, these are huge opinions for such a short time spent there, but there it is for now.