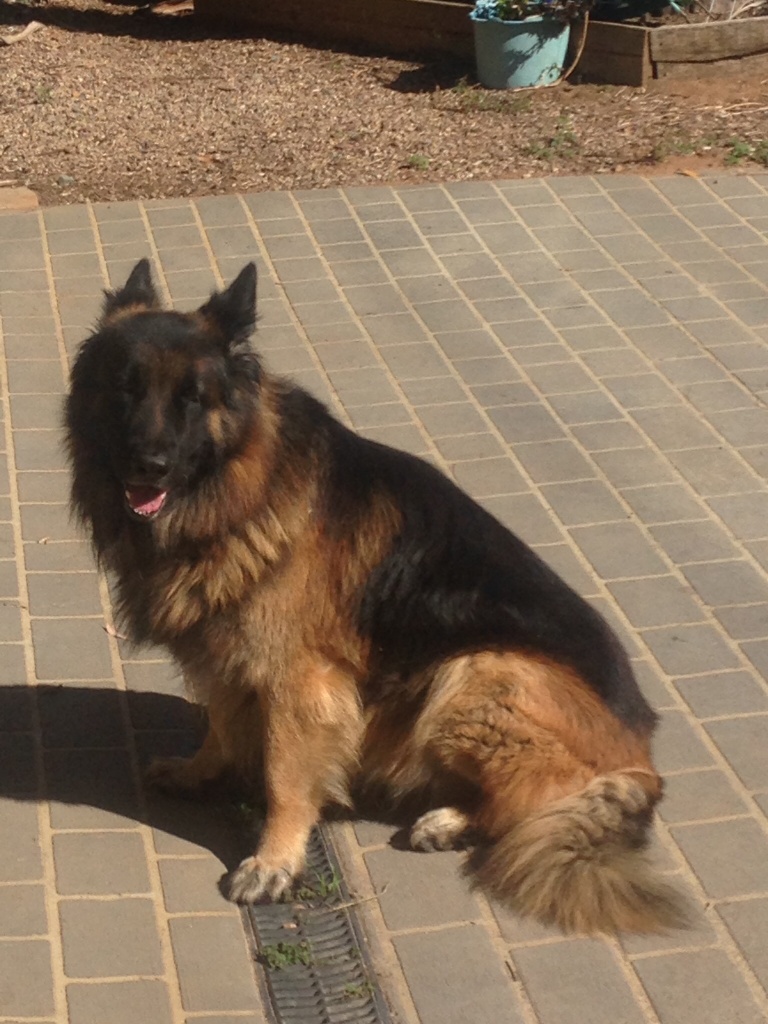 “Remember. JUST LET HIM COME TO YOU!”.

We’ve arrived on Russell Island, a tiny little spot – 8km long, sitting off the coast of Brisbane on the East coast of Australia, and Rose is nervous.

I normally broadcast anxiety between us – but at this moment, she’s taking the lead, and while I admit my bias for anxious reactions, I think she’s on to something.

We’re about to meet our housemate who we’ll be in charge of for the next five weeks of our housesit – a 60kg German Shepherd. All we know at this point is his name – Zaroff – and that he’s recently been neutered. Also this: after a brief Google search on his name, we found that one of the top results was “man-eater”.

Standing in the driveway while Zaroff’s owner calls him out – I have visions of a five-week housesit that will take the shape of the Middle East conflict in which Rose and I section off one part of the house, giving Zaroff the other, while occasionally crossing the border to toss food into his bowl then running back over before he takes a chunk out of my thigh as retaliation for a human having the balls to take his balls.

As he emerges around the corner, he runs right into Rose, head down, nuzzling himself into her leg. He then spots me and jumps up in excitement.

His paw – the size of a softball – is coming towards me, and I’m having second thoughts about Rose’s advice. Zaroff lands at my feet, shoves his head into my thigh and insists I pet him until my arm goes numb.

Ok. No man-eater. And, no need for a demilitarized zone. At least for conflict. 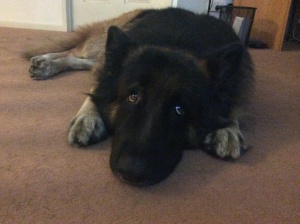 As it turned out, he was more or less attached to our hip, and wanted to be in whatever room we were in. If we left to get groceries on the mainland, he’d rush out of the house to meet us.Unable to wait for the garage door to rise fully – he’d squiggle underneath as it opened and, once clear, would gallop towards us like a rugby player lining up an opposing player who’s carrying the ball.

And on the few times when the wind was howling – he jumped up on the couch, hoping to remain as inconspicuous as only 60kg German Shepherds can be. 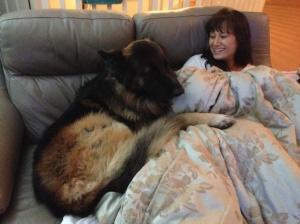 But this was only the start. We’d also signed up to tend to 13 chickens: 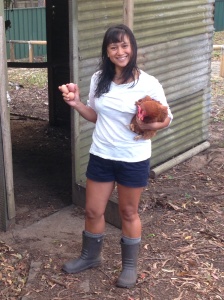 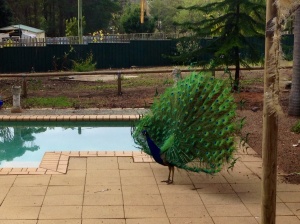 2 miniature horses (we were told they’re not ponies!) 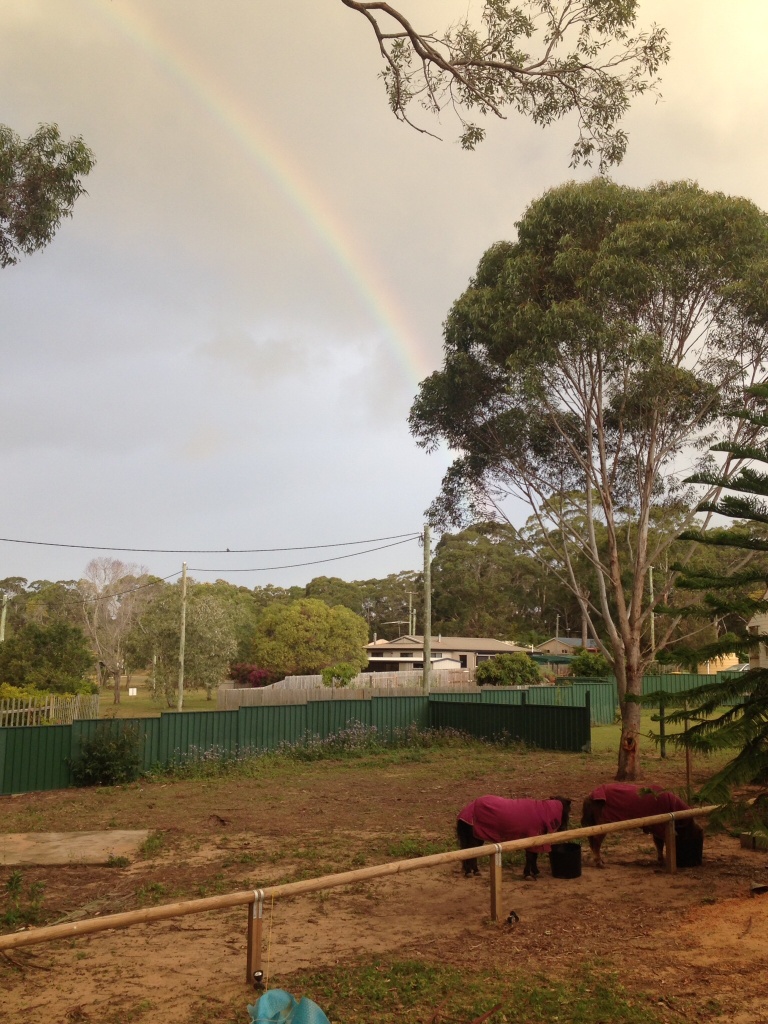 And flocks and flocks of wild cockatoos and parrots. 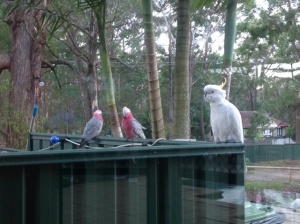 In short, we were zookeepers. When not preparing feed, we were brushing them, walking one of them, planning their menus for the next day and cleaning up trails, pathways – really, entire highways of chicken shit. It seems according to their evolution, chickens are not required to stop before they open the hatches. They can walk while bombing away.

Impressive time saving technique. But what are they using this extra time for? I looked into the eye of a chicken while she pecked her feed and while she may well have been plotting an insurrection, I’m more prone to think this was her internal dialogue:

For now, I think we’re safe from a chicken riot.

However, not all our time was spent egg snatching and poo shovelling – we also ventured ashore to explore what sights we could find on the mainland. One day we headed to Brisbane where we walked, full blast into Australian prices, paying $9 for the privilege to enjoy this saucisse: 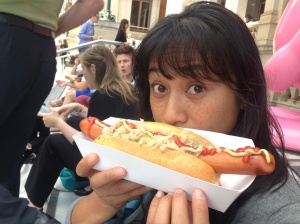 The city is also full of independent coffee shops – and it smelled incredible, but we decided to salivate for free instead of lose our lunch money to a single cappuccino. Aside from the prices, thought Brisbane was a nice spot.

We also went farther off our island to a nearby island called Stradbroke, where we watched surfers come in. There was also a seal lazing about that was so camouflaged from everyone that a beach patrol put a pylon in front it of it as a placeholder so you didn’t walk on it. 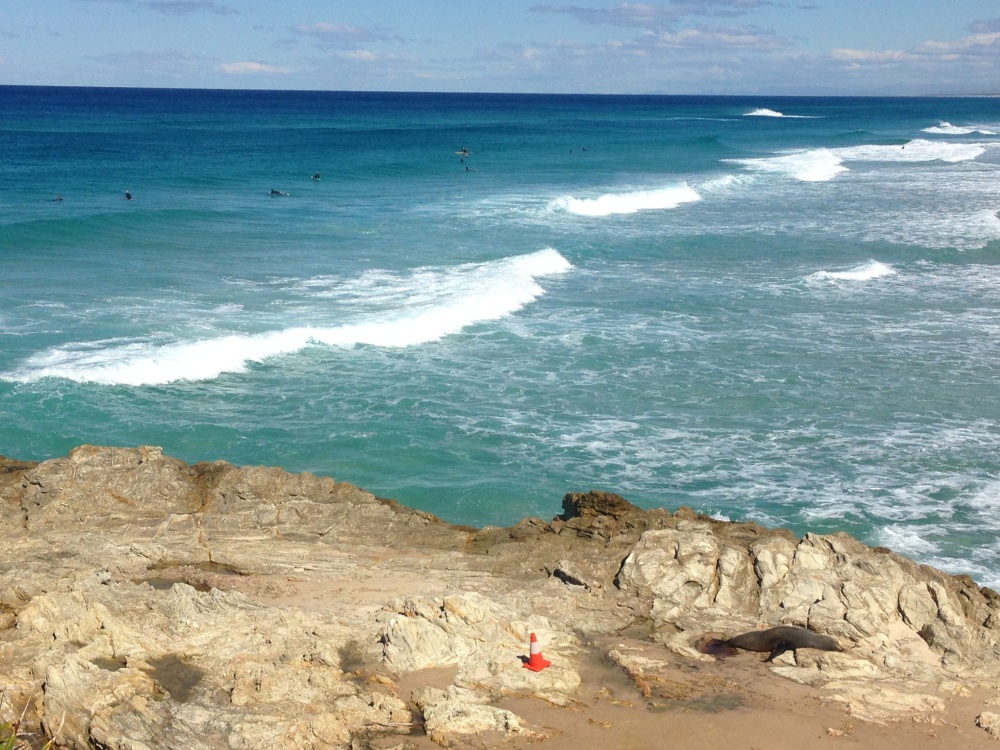 Plus, we followed a boardwalk down the coast and stared East, out at what would next be New Caledonia (I think): 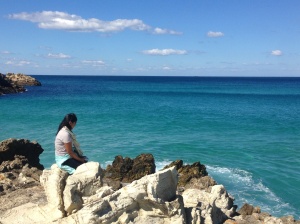 After returning to our housesit for a wrestle with Zaroff, 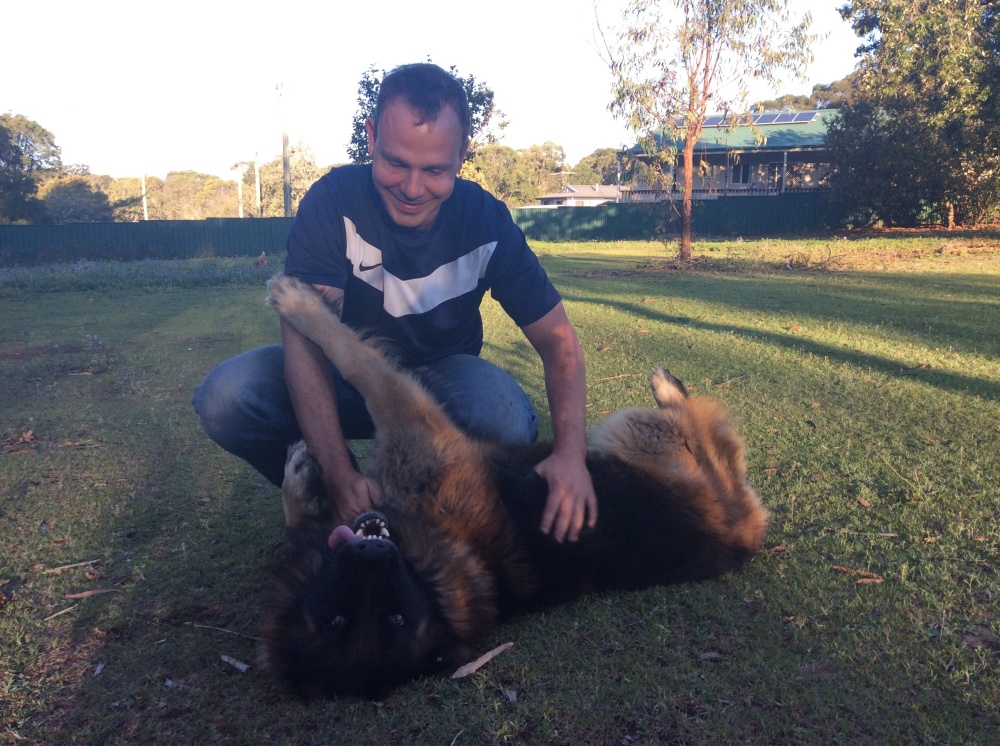 who Rose nicknamed the “Russian bear”, which I’m not sure why, because he’s pretty shitty at riding a bike, we called it quits on the itsy bitsy 8km wide Russell Island.

Next stop, Gargantua. Time to explore what lay to the west of us – a country and a continent – starting underwater at el Reef le Great. 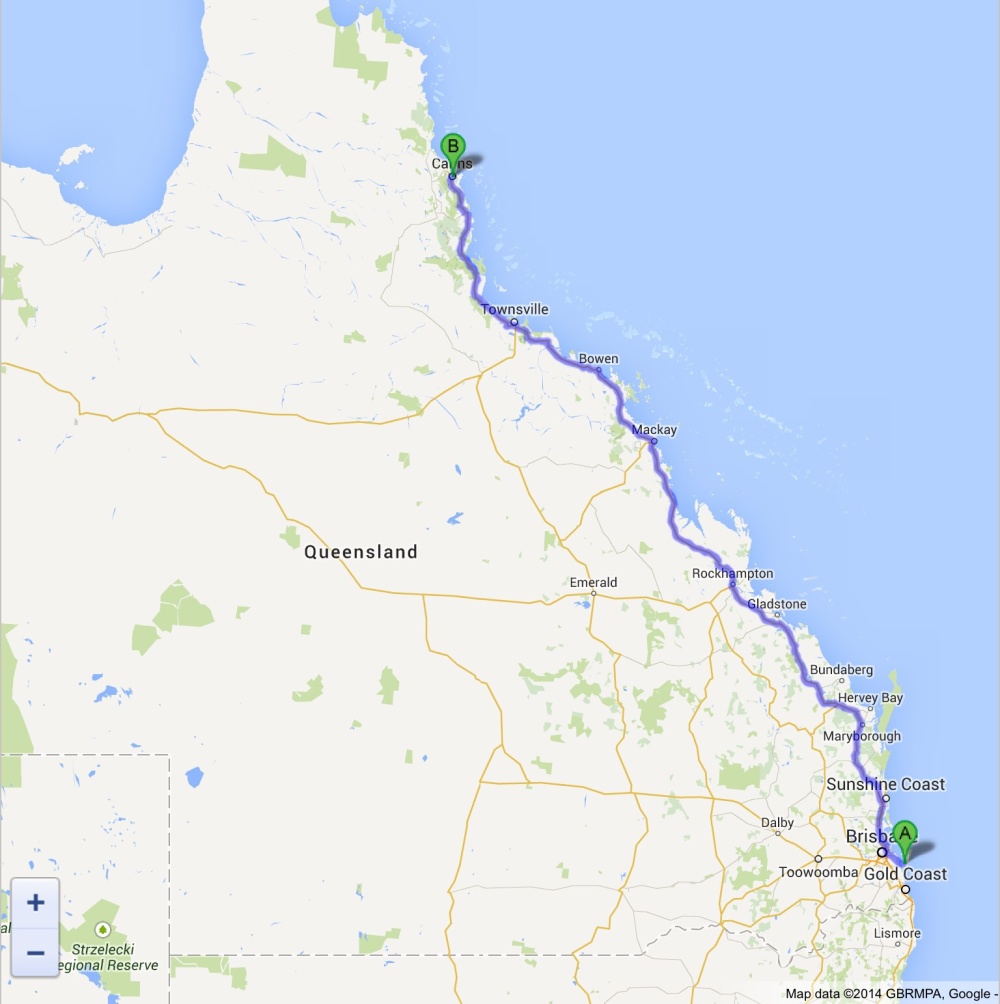