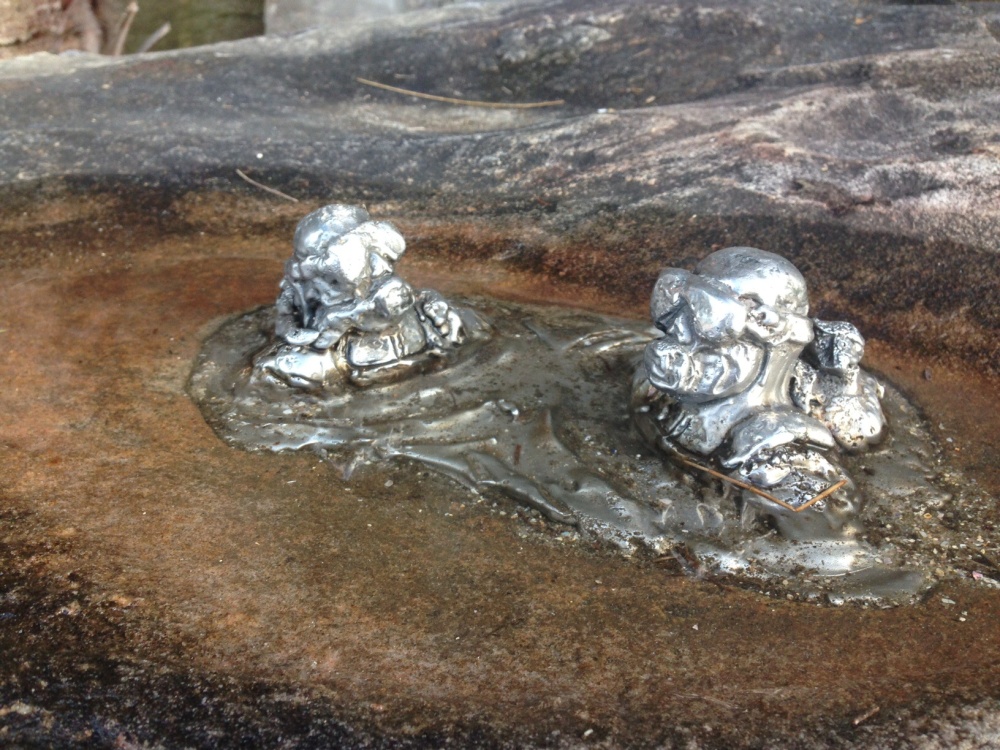 Cairns. Pronounced “CANS” by Australians is one of the main launching points to access the massive stretch of aquarium that heads South for about half the length of the country on the East coast – The Great Barrier Reef.

Rose was here 16 years ago as a backpacker, and almost didn’t leave. The promise of nightly parties, cheap beers and competitively priced kebabs was too hard to pass up. But, to her credit, her self-imposed internment happened after she had spent three days diving on the thing, which, based on the huge number of tourist outfits and souvenir shops in town with Reef paraphernalia seems still to be Cairns’ main raison d’etre.

With years and years of diving experience to the Reef, what struck me most about the various dive companies in town was how streamlined their operations are. On past dive expeditions we’ve done, Rose and I are invariably asked to show up early at the dive shop to get fitted for our gear, and then are on a boat with maybe 10-12 other people. This isn’t us seeking out an exclusive group, but the norm for general admission.

While the ship was not the ocean going leviathan I imagined, and we only had 70 people on board, it was still a massive machine with two decks, all the equipment ready on board (no need for early fittings), a hydraulic deck to lift up a zodiac boat and plop it in the water, two surface to air missiles and a harrier jet (ok, not those last two).

What was most remarkable, however, was the efficiency of the whole operation. This was not a dive experience. We were products being assembled in a dive factory. As things kicked off, groups were ushered into stations to be sized up by crew who picked out everyone’s correct shoe size for dive boots, wetsuits and BCDs.

Once that was sorted, the “unguided” groups -i.e. people going without a staff dive-master – of which we were one, were told to assemble into one room for a quick rundown of the reef.

We were next ushered on to the back deck to get suited up, told we’d be in the water in the next five minutes, and those of us who were turning colour, were automatically given barf bags.

Before the people next to me had a chance to heave, our group was led to the back platform at the water’s edge, asked to lift our feet one at a time, at which a staff member fitted on our flippers, tapped us on the foot, and told us to jump.

Sploosh. We were off the assembly line.

That, it turned out, was the most exciting part of the dive. Rose has said when she was here 16 years ago, it was bursting with colours and teeming with fish, which was undoubtedly because she took a three day tour, living on a boat that staked out different areas of the Reef.

Unfortunately for us, we only had one day, which meant, I think, we got the Bing-Bang-Boom treatment of “Here’s the Reef. Ok, good? Let’s go back to shore”.  The visibility wasn’t the greatest, and there weren’t a ton of fish swimming about, but it was still fun to get in the water. For me, diving in Komodo created a high bar for everything else – which admittedly, may just be vivid in my memory because I nearly drowned doing it.

So thanks to that extra effort, I think I’ve accumulated a few exclamation points tattooed to that experience in my memory – giving it marquee status as THE DIVE to judge against.

Nevertheless, that wasn’t the end of our time in Cairns. Next we took to land, for a day tour to see one of the oldest rain forests in the world. 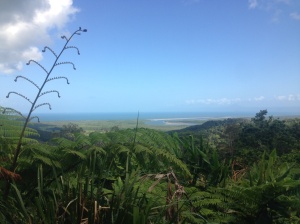 While it may have held the title as the oldest rainforest, I think New Zealand’s win out as the prettiest for all their lushness and deep green colours. However, what came next, even New Zealand, for all its natural beauty and wilderness couldn’t top: 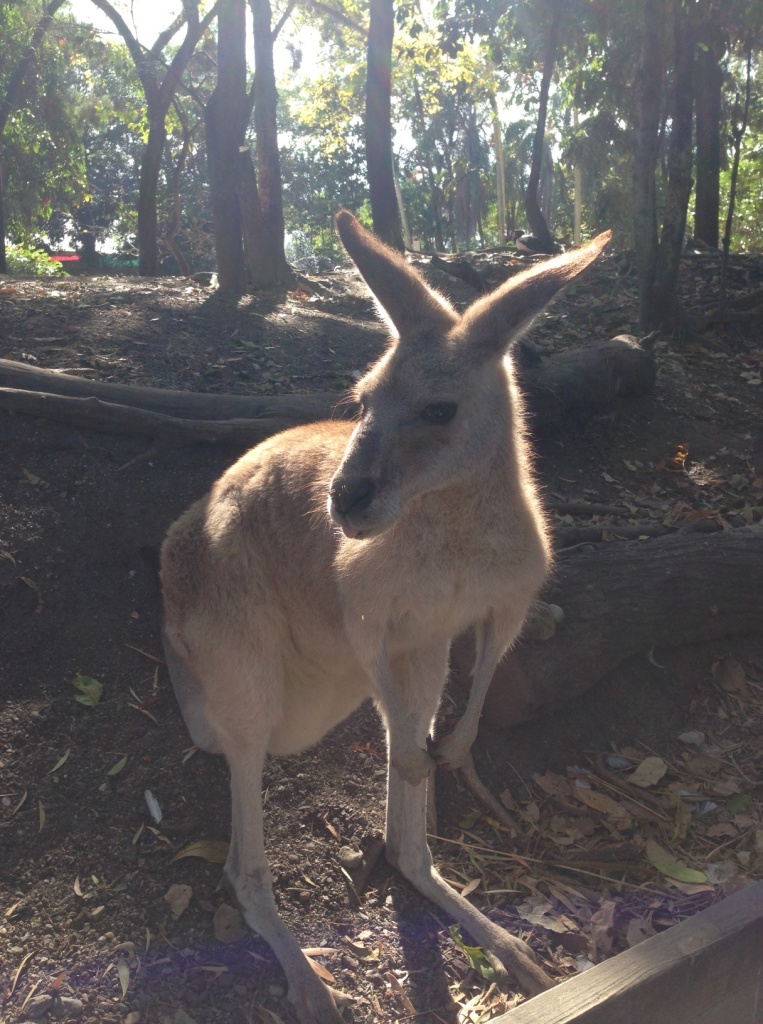 I was starting to wonder. We’d been here five weeks, driven past the many kangaroo silhouetted signs on the highway, and hadn’t spotted a single hopper. This time around, as part of our day tour, we were guaranteed to not only see them, but get up close and feed them, inside a wildlife refuge: 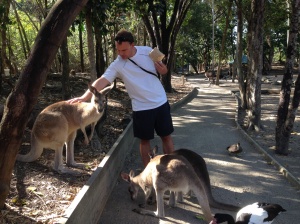 Seeing them up close, the only reference I have to describe them is that they are like hopping donkeys. Bizarre, entirely unique animals.

As we both stood in place with food in our hands, and a group that was Rose’s height started hopping towards us, I was thinking I was headed for YouTube infamy: seconds away from being kicked in the nuts by a kangaroo to give himself and his pals better access to my food bag. 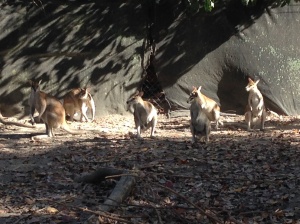 Thankfully no harm done. They were tame, and well rehearsed in their roles as supplicants to tourists.

The same went for their smaller brethren: wallabies – that were also in the same spot, and had also learned not to slice open tourists’ hands for feed. Although, it makes me wonder how many bandages the trainers had to go through to get to this point. 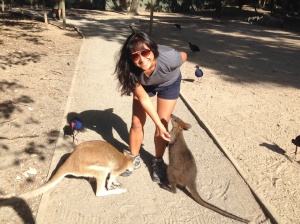 Before the day was out we were also taken to see the animal that made two Australians famous, – Paul Hogan and Steve Irwin – plus earned B film infamy for its many starring roles as an unrelenting human eating machine that saws through everyone on screen until it meets its demise, in grand cinematic fashion, invariably from an explosion but not before the hero gets to share his line to dispatch it, something like: “Hey Ugly. I’m taking you back to the Stone Age” or “You pimply prehistoric piece of shit! Swallow this” or right to the point: “See you in a while, crocodile”. 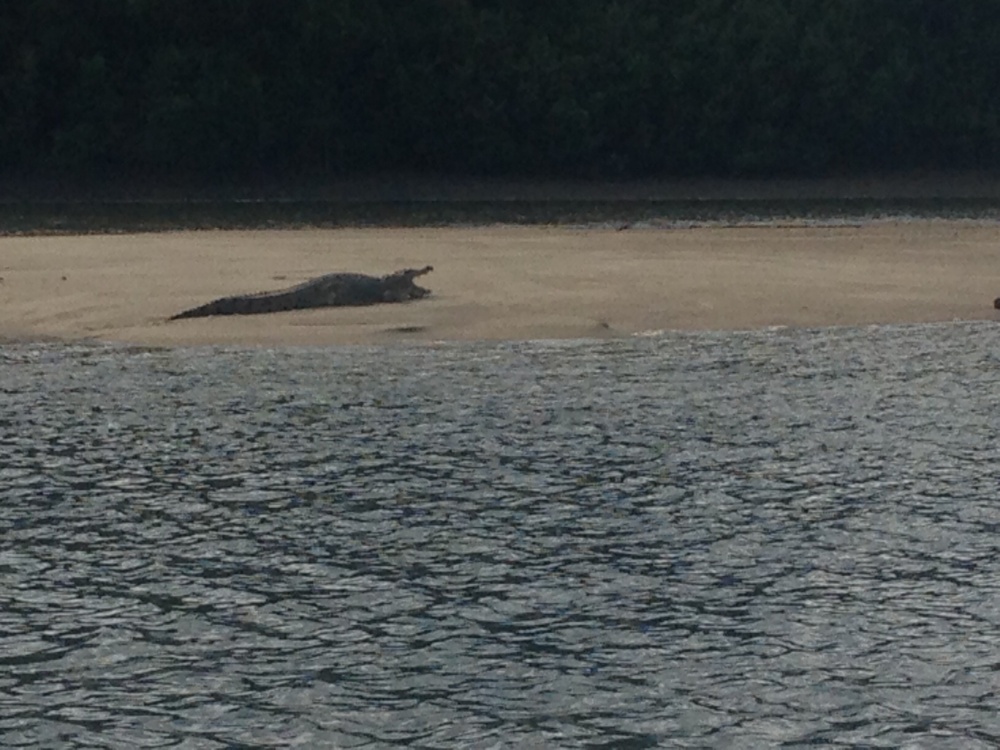 As our tour guide emphasised, its vicious B-film reputation is also its real world reputation. Wearing a microphone as he steered our boat down river, he embarked on a dramatic monologue in which he impressed on us just how mean Australian crocs are by using a flurry of synonyms for the world “BITE” – “They TEAR at flesh”, “RIP apart their prey”, “They can CRUSH a skull”, “CHOMP right down on a leg, breaking it in two”, “CHEW you in half”.

It was like listening to a football coach talking to his team at halftime.

After hearing the litany of ways the crocodile was able to take us out, we were amazed when we got to shore, that a woman was walking along the shoreline with a fishing rod – the exact spot where crocodiles love to hang out, and we also learned “SHOOT outta tha watah like a rocket at 50km/h and drag its prey back in as quick!”.

All of us were staring at this woman, jaws dropped, cringing at the idea that she was seconds from getting snagged right in front of our eyes. Thankfully she made it back to the dock in one piece and we headed home, staring at every river’s edge we passed, sure that a crocodile was under there waiting. 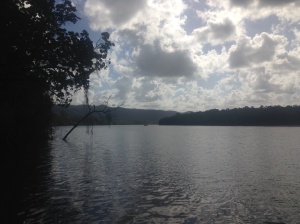 In any case, this would be the last we’d see of crocodiles, but not our furry pouched friends. Next stop Uluru aka Ayer’s Rock, where we’d spot wallabies outside of tourist walls, in the desert, along with nothing for miles and miles on end, until a huge something. And then a massive something else. 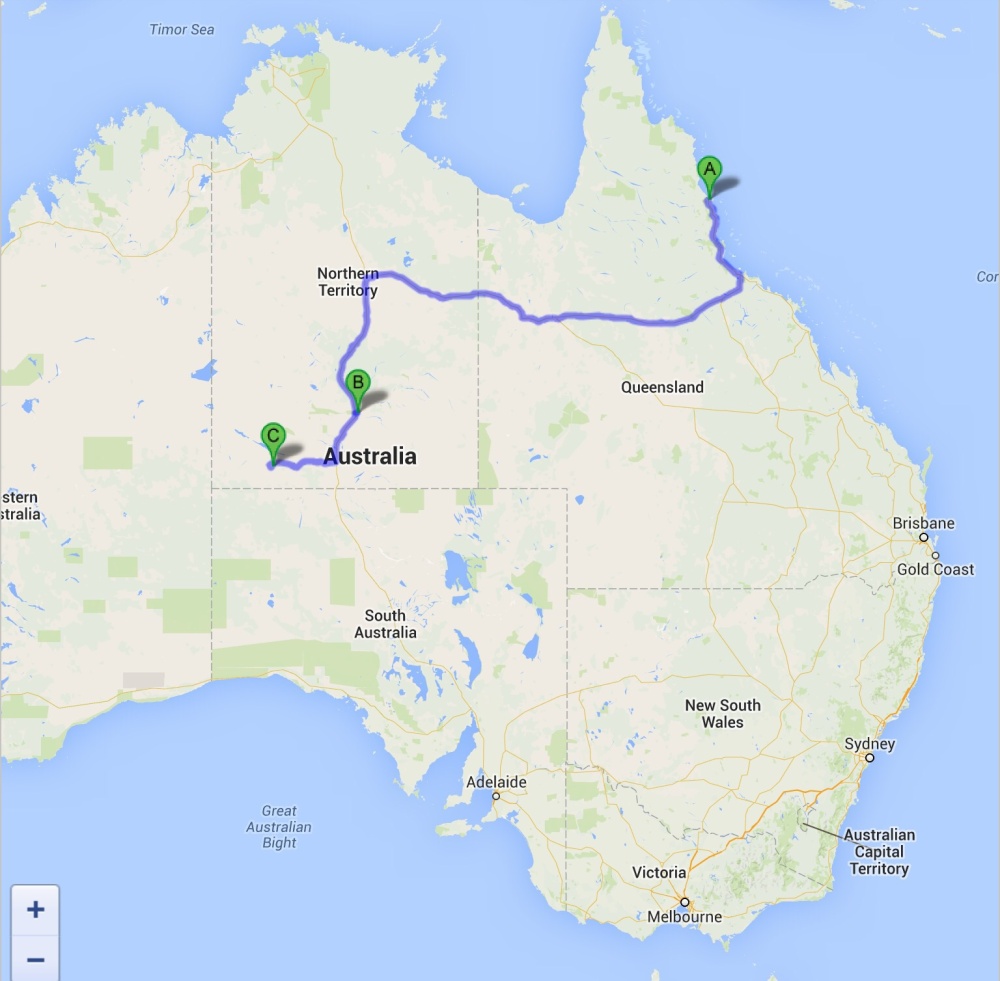