I’d read a few novels set in India: White Tiger by Aravind Singh, and although never explicitly declared as India, the experience in How to get filthy rich in rising Asia, would still apply. (filed as a Travel book: Philippines).

I wanted to read a travelogue of India, someone’s personal experience wandering around. And, as usual, following my eBook catalogue through Toronto’s Library, I had a limited reach. Nevertheless, I found one I really liked by a Canadian author no less: 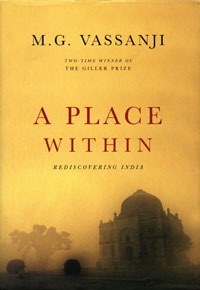 I found he lays out India’s history very simply, and with an insight into the conflict between Muslims and Hindus, particulary when the country was divided by the Partition. Also he offers depth into the Mughal Empire and how it was hugely influential in creating India from Shah Jahan’s Taj Mahal, Red Fort and Humayun’s Tomb in Delhi – plus how Delhi itself was borne out of one conqueror’s architectural ideas to the next. All in all, I found it a good reference for developing a working understanding of what I was seeing as we travelled in India. Worth a read if you plan to travel there. 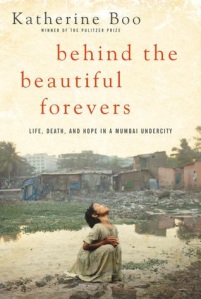 A journalist follows families in one of Mumbai’s biggest slums – finding examples of resilience along the way. Or that’s what the book blurb tells me. Meant to be good. 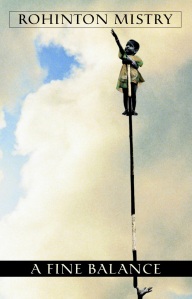 Another Canadian author. Follows the civil war and government crackdown between the 70s and 80s in Bombay (now Mumbai). Won awards – and high praise. 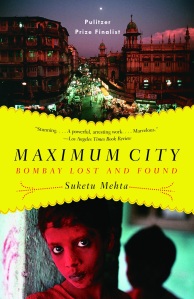 Another book on Mumbai. About the city’s many facets, and how it all interacts to make it the place where so many people concentrate their time to make a living from below in the slums to up high on the movie screens as part of Bollywood industry. 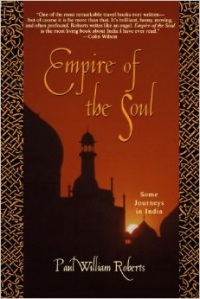 One-time war journalist in Iraq, returns again and again to India over the course of 20 years and writes about its effects on him.

My eBook dependency ran out of room in Nepal – where WiFi is sparse, but also because I didn’t want to bring my Ipad on a 20 day trek (every lb on my back counted).

There’s plenty of bookstores in Kathmandu with used books, plus some along the Annapurna Circuit where you can trade in the latest one you finished. As a rule we each had one book at a time to keep the weight down, which got us through enough until we got to the next bookstore.

The funny thing, I thought, about a lot of the books available in Nepal are that they’re disaster based. Here most people are about to go on a trek, and as inspiration you can read about how people froze to death on Everest, died climbing up Annapurna massif or any other climbing calamity. Take your pick.

I chose more neutrally. Going with two pretty straightforward travelogues, another that had a poetic/spiritual dimension. 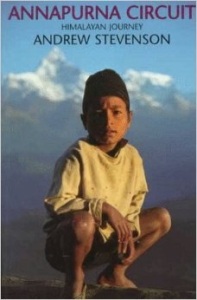 Rose and I both met the author before travelling, but didn’t get our act together to buy his book from an accredited bookseller that, presumably, would pass him royalties from the sale. Instead we bought it in Kathmandu, where 80% of the books are photocopied reprints, meaning the money stays in the booksellers’ pocket. Not the author’s. Sorry, Andrew. In any case, it’s a good book, following the Circuit around, plus a sly, under-cover-of-darkness, trot into Upper Mustang – where, had he been caught, he’d risk a heavy fine at best. I read it as we walked on the Circuit and found it a really good primer on where we were next headed on the route. Definitely worth it if you’re trekking the Circuit. 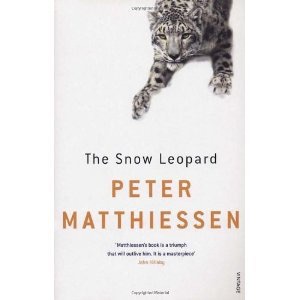 This follows the author on his trek through parts of the Annapurna Circuit, but primarily through Nepal on his way into Tibet, following his friend who is tracking snow leopards for research. He’d never done a trek of this magnitude, which I found immediately easy to relate to, as we were in the same boat on the Annapurna Circuit. I found his writing on how the trek unfolded, and the difficulties they faced in snow really interesting – especially his ranges into discussions on Buddhism. Another good one that offers some philosophical questions as you walk. 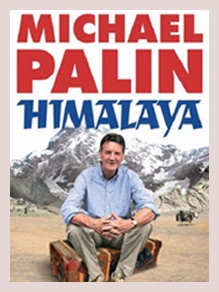 Out of the Flying Circus into one for the BBC filming a series on the Himalayas. This is the companion book to the series that follows him through Nepal, Pakistan, India, Bangladesh and Bhutan tracking the mountains all along the way. I thought it was an easygoing read with plenty of time to empathize with his foibles along the way.

Good books I read while I was there: 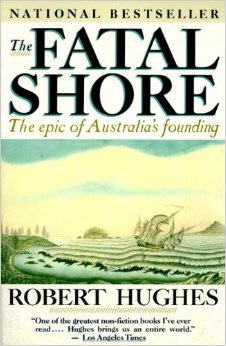 It lives up to its epic billing. Be prepared for a long book – but I found it really interesting, offering a perspective on the political environment in England that precipitated “transportation”. The variety of different “criminals” that arrived in Australia: (some had only stolen bread). Plus how some wardens were mean, heartless pricks while others were more reasonable – and how the interaction between the convicts and their new land became the foundation for the country. Some stole and became outlaws (Ned Kelly), while others bared down and made the best out of what is a tough, and nearly impossible situation. It lays out what life was like under “transportation”, how it changed afterwards, and how that influenced where the country was headed. Far from sentimental, it reveals the cruelty endured by aborignes at the hands of settlers, plus the cruelty convicts experienced. Definitely worth a read as a primer on how Australia started. 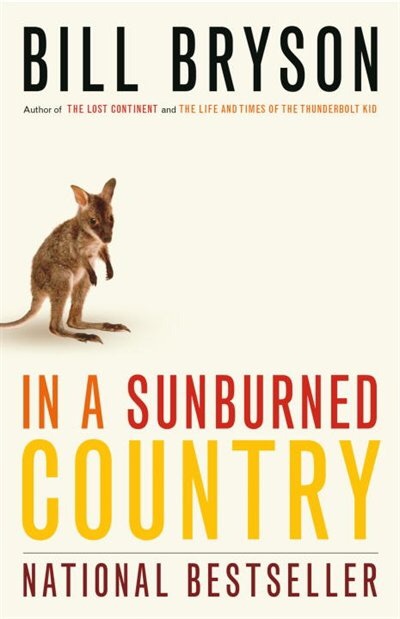 I like Bill Bryson. He’s able to present facts in an interesting way, turning what might be boring and dull into something more intriguing. His story alone on describing how big Australia is by describing how a Japanese cult may have blown up a nuclear device and no one really knew about it – is reason enough to pick this up. If you yawn at history, but like reading memoirs – I think this will bridge the difference without making it feel like a slog. 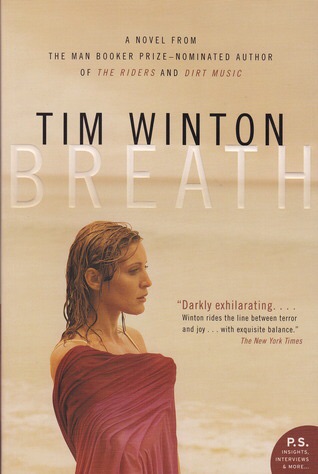 This is entertaining pulp. Follows the story of two young Australian surfers learning from an older surfer off Australia’s surfing spots, and from his girlfriend who takes a liking to them. A bit dark, but thought it was a fun, breezy read. 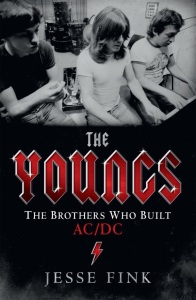 And here you go. Pretty self-explanatory. It lays out the case that the brains behind the band are the Youngs who keep their inner circle tight, and push away anyone who doesn’t fit in. Will probably only appeal to someone who knows their music – but still an interesting story on how three brothers from Glasgow, Scotland arrived in Sydney and built a $100 million band. 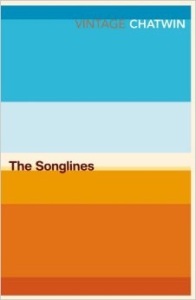 Trip through Australia while relating how aborignes use music as part of their nomadic travel. I’m screwing up the description, but its meant to be good. 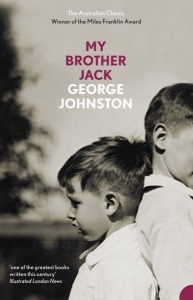 Considered by many a classic of Australian fiction – story of two diverging siblings, set around WW1. 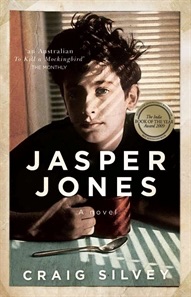 Jasper Jones represents a challenge to his pal Charlie’s life. Where Charlie once saw things one way, his influence may make him consider things differently. I don’t know – that’s the gist I got from the blurbs anyhow. A coming of age story mixed with mystery. 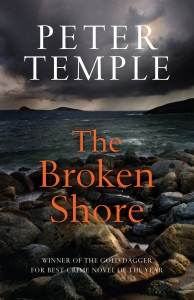 Australian crime fiction. Got a bunch of accolades and meant to be good. 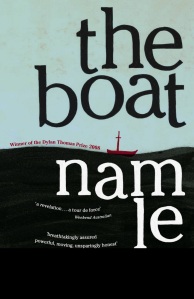 A series of short stories with characters from Tehran, Colombia, Vietnam and other spots – meant to be good with high praise as a young and upcoming writer.