We kicked off our raison d’être for being in Donsol, first thing in the morning (really. Things get so dark here that we were asleep at 9 and up at 5am every morning, sometimes beating the rooster’s cackle by 30 mins).

On first entrance, the tourist operation for watching whale sharks seems well run: each visitor is required to watch an instructional video on how to interact with them (I.e Don’t. Watch from a distance and keep your hands to yourself) and how the town of Donsol, with the oversight of the World Wildlife Federation, is working to conserve their unique natural resource.

We got on board a banka – a type of fishing boat used in the South Pacific, where passengers were kept to a strict maximum of six – another condition of Donsol’s ecotourism mandate.

So, the search began for the Butanding:

One of the crew told us to get our snorkelling gear on so we could go overboard quickly. We waited in anticipation:

After an hour, the search continued: 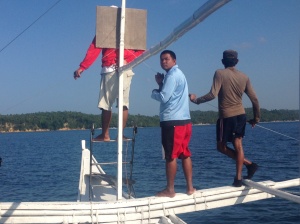 And, to the end, no sign of a whale shark.

Understandably, it’s a wild animal and there’s no guarantee of seeing one, and we were told the same by the tourist outfit.

However, after doing research, we understood that in the 2000’s at the same time of year, Donsol was teeming with whale sharks. Apparently it wasn’t a question whether you’d see a whale shark, but how many. All the attention earned Donsol the marketing rubrique of “Best Asian Encouter” in 2004, for whatever that’s worth. But, nevertheless, it suggested a degree of good health.

We asked around, wondering if maybe we just had really, really bad luck. After chatting with a few locals and others we heard the same thing: whale shark numbers were down during this time of year, and, as a consequence, so was tourism.

Regardless, we came here to see a whale shark in the wild, so signed up for round two the following day.

The good news: We got in the water with a 4m shark (about the size in the very top photo above) and each had a good amount of time swimming next to it by ourselves. We even got this to prove it: 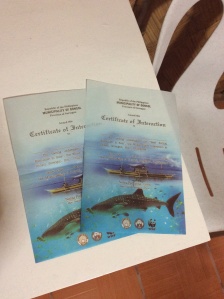 The bad news: So did 100 other tourists. 100! All circling the same whale shark – splashing, screaming, waving at it, moving on top of it, and essentially doing everything opposite of what everyone was told in the instructional video.

It was disturbing, and sad, because while I get the enthusiasm and pent up demand for seeing a shark, there obviously is not enough whale sharks around, at least this time of year anyway.

So, at the end, while Rose and I were both happy to have had a moment with one. It was bittersweet, because we also felt we weren’t really helping out the conservation of the whale shark, by being another number in the water, regardless that we followed the guidelines.

We spoke to the manager at our hotel who expressed the same thing, saying the numbers are down for this time of year and the tourist association has hired marine biologists to figure out why.

Popping online to do our own research, early evidence suggests climate change may be the ultimate culprit, heating up the oceans and not creating the same plankton blooms for the whale sharks to feast on. This could mean that the animals’ feeding season starts a couple of months earlier and finishes sooner as they seek out slightly cooler waters.

Unfortunately, the problem can also compound itself. As whale shark numbers diminish, the ones left trawling the bay are subjected to way too much stress from eager hands, and so may be moving on to less chaotic waters, to mange in peace.

Obviously it’s a sensitive issue. After spotting our whale shark, I asked our main crew member if there were any other sightings that day, and he replied:

“Seeing 1 is better than 0”, which was repeated by other tour operators who tried to put a positive spin on it.

Of course, it was an amazing experience to see a wild whale shark. I only hope that the Donsol tourist association can get a clear picture of the whale shark fluctuations from marine biologists and other research and help plan for any changes, which may affect the lives of Donsol residents who work in service of whale sharks.

Overall, we both had a relaxing time in Donsol:

Next stop: Pampanga a town North of Manila to see Rose’s family and people crucify themselves for Holy Week. A nice combination. 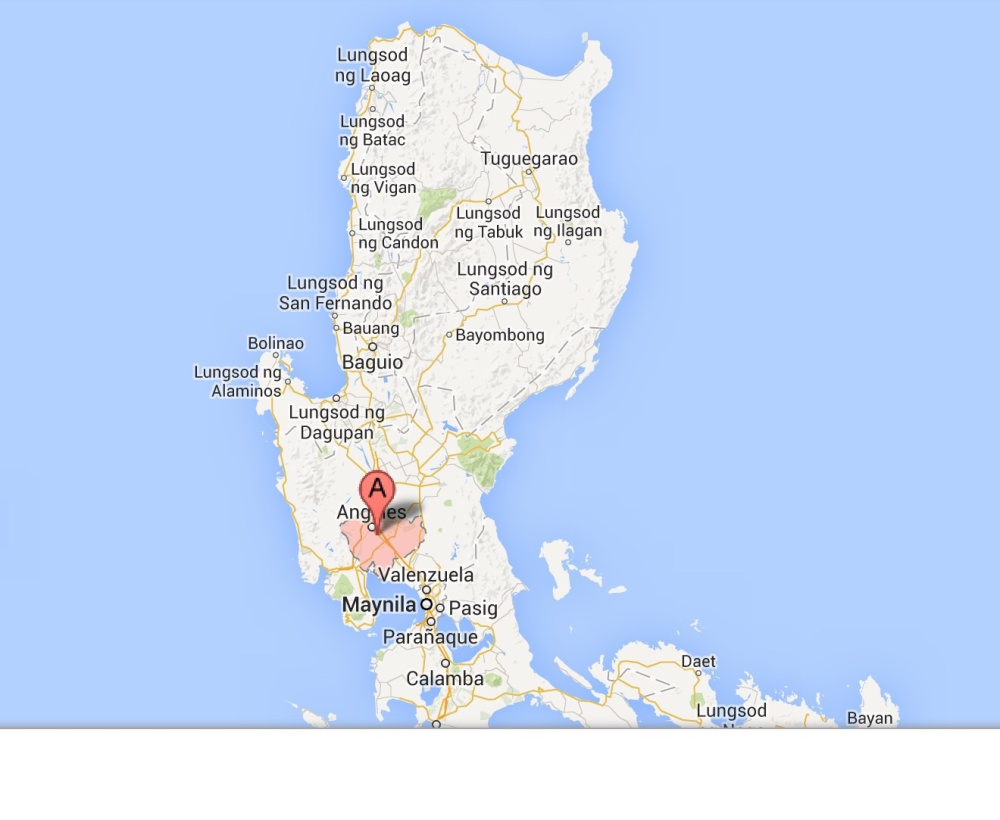